A game that challenge players VR control skills as they help a friendly robot to plant tree and avoid disasters.

Top 10 game of VR Jam 2021
In collaboration with dofdev

Named after yours truly. (suggested by teammates)

In response to the theme "Small world" of the Jam, the team decided to build a VR adaptation of a 2D game developed by dofdev. The player can control the blue character to pick up items to bring to the center while avoiding the red enemies.  We created a more engaging experience by utilizing the spatial nature of VR to add an extra layer of complexity to the game. 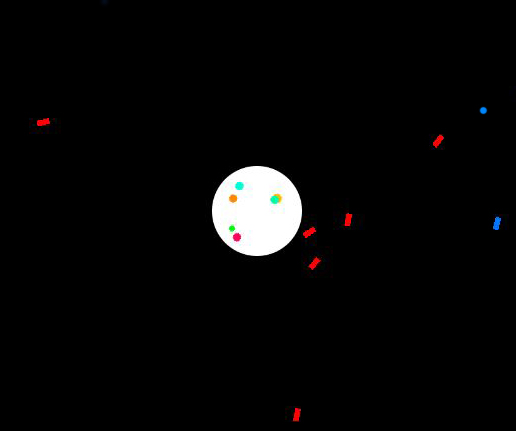 We used inverse rotation of the headset to enable player to see 360 degree around the planet. The player uses a 3D cursor to guide the main character around the game. Both of these interactions were developed by dofdev for their previous game and got adapted for this game. (GIF credits: dofdev)

I was in charge of the general art direction to build a narrative as well as creating 3D assets that compliment the main gameplay mechanic and original sound tracks to create a cohesive experience.

Additionally, I proposed that a tree would appear on the planet every time the player successfully retrieve a seed. This provides visual feedback and makes for a more immersive experience. 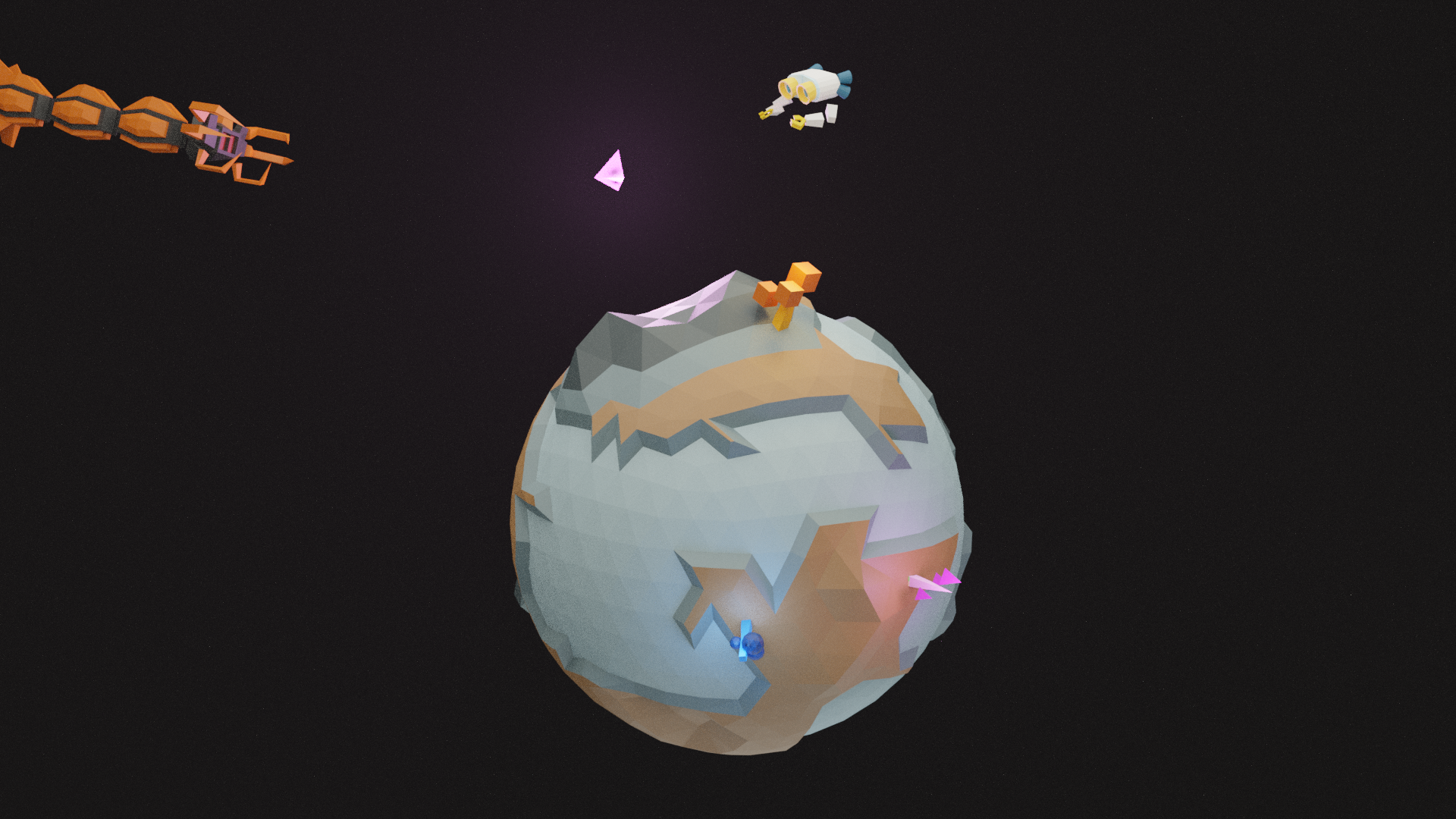 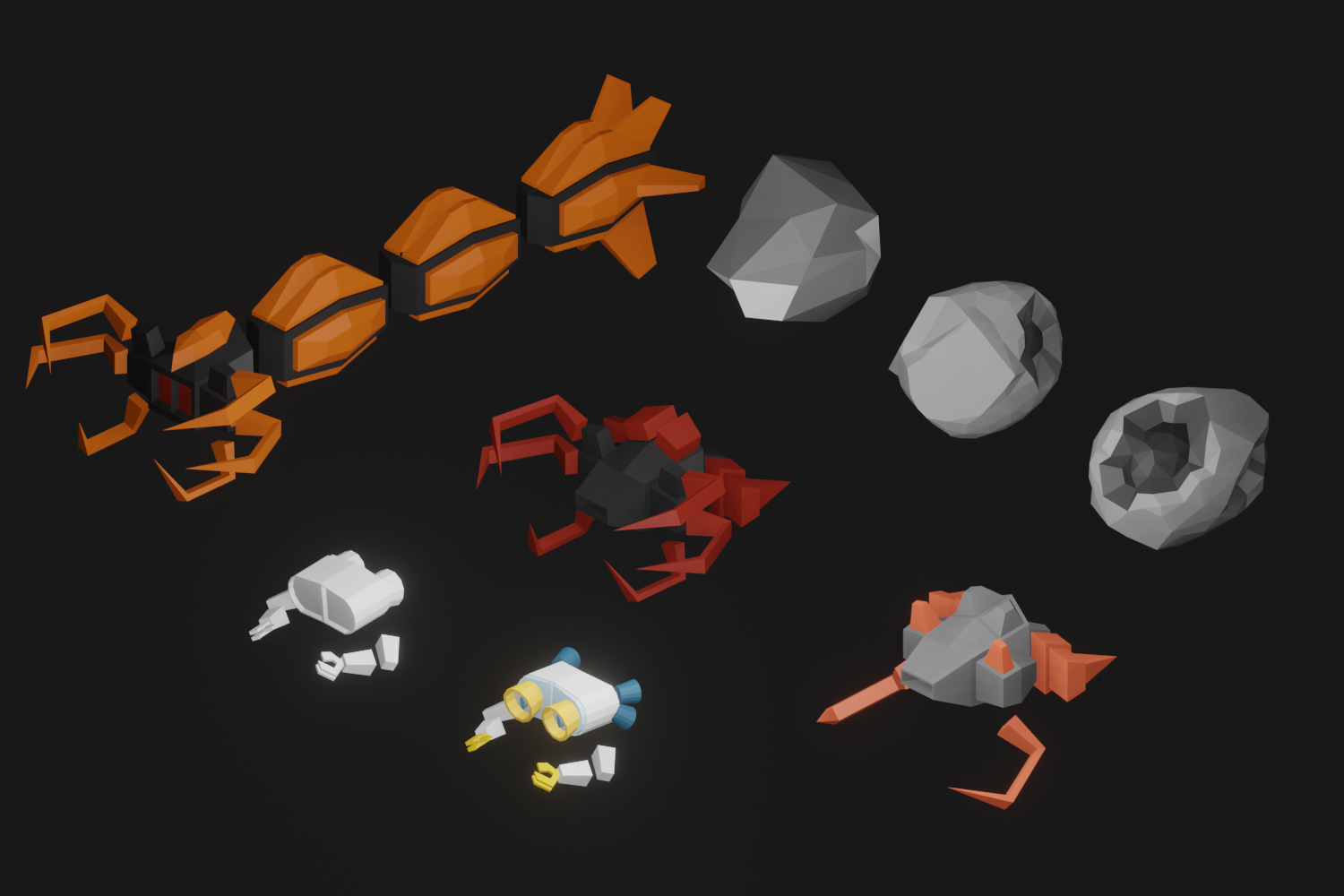 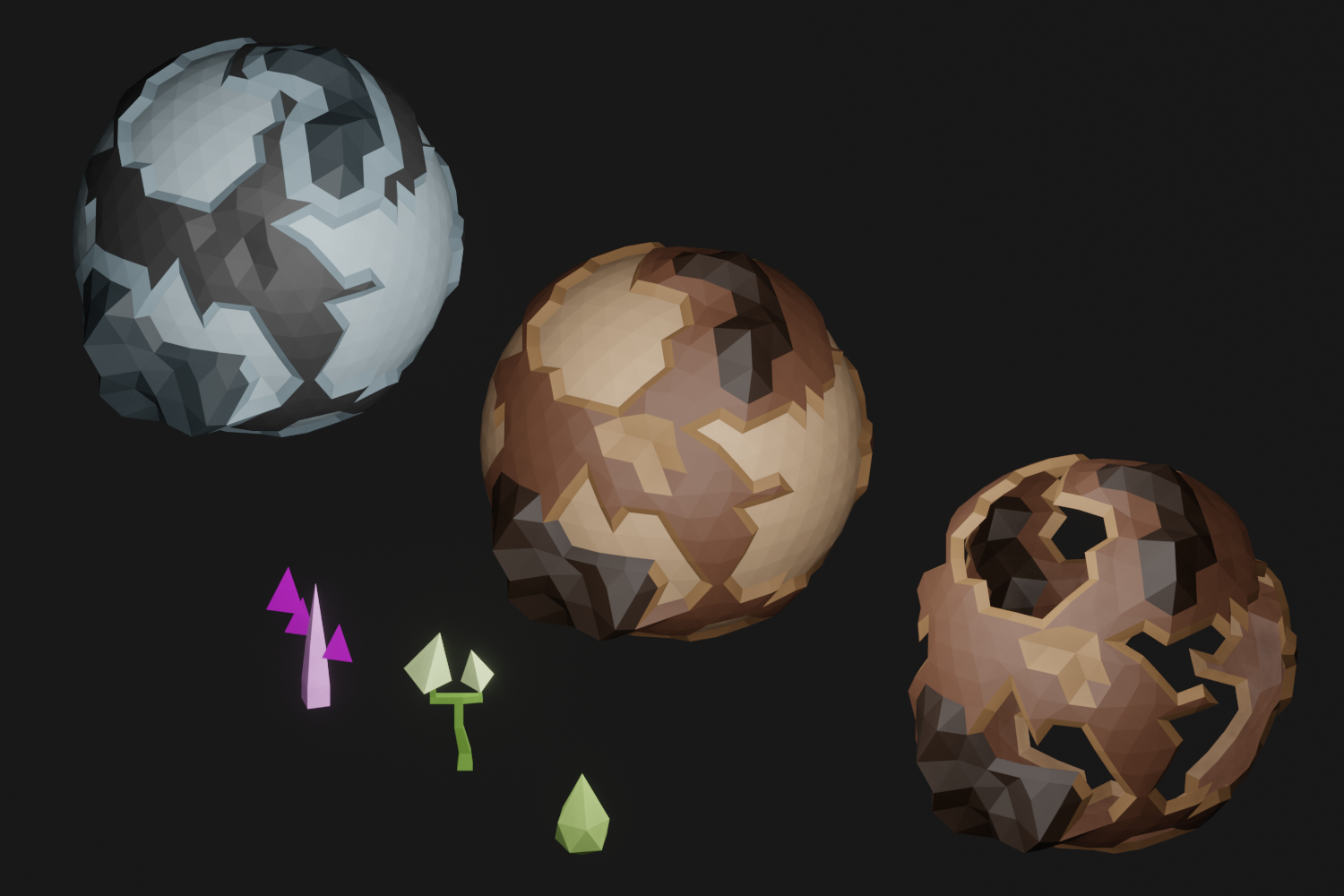 Watch out for the meteors!

The final submitted game combined all the above mentioned elements into a relaxing and delightful experience with great replay potential.

You can download the game here to experience it on your own headset.

We got featured by Valem

Valem's channel is among one of the most prominent voices within the Youtube indie VR development community. We are thrilled to be included in his list of best games from the Jam.

Ramen Mania is still a work in progress. I am planning on working on these area next:

UI and different levels of difficulty

While it is fun to catch an infinite amount of food, players would eventually get bored. Adding UI elements such as a timer or current scores would get the player motivated. Also players need a way to modify the difficulty of the game ( how fast the food are falling, or how many cleavers there are).

A pink plane might works for a prototype however, I want to further develop the game art's direction through level designs and creating custom assets.

A blast from the past!
Professional + Personal design works
Ramen Mania 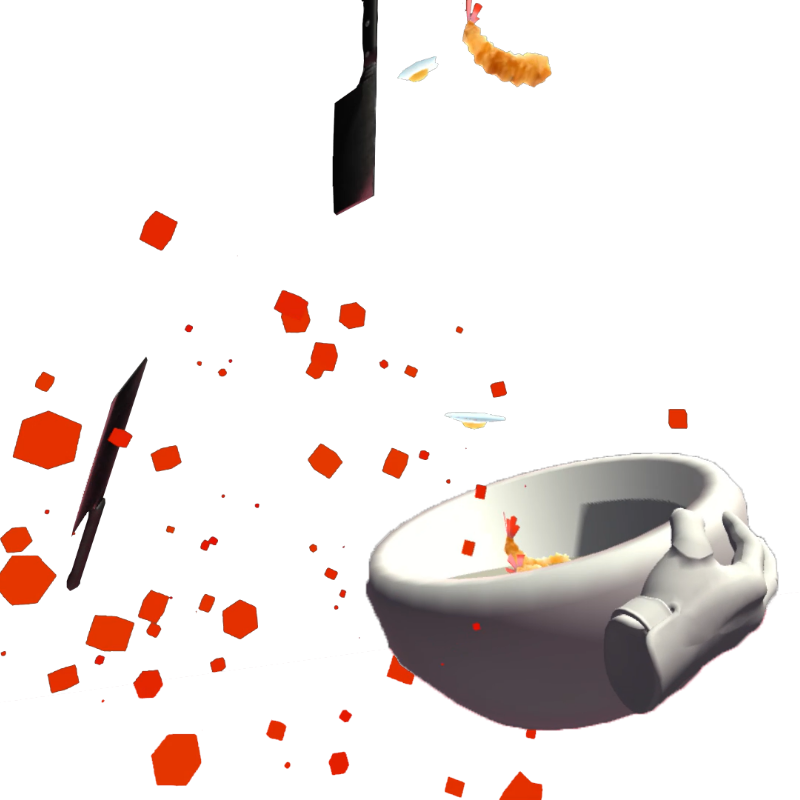